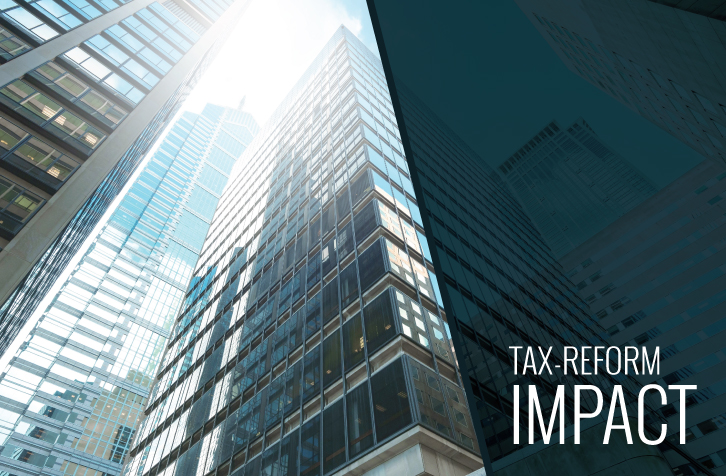 REPORT FROM THE U.S.—The U.S. has seen a pretty seismic shift in tax policy with the recent adoption of a major tax-reform bill.

Much of the attention related to the bill has revolved around in a significant reduction in the corporate tax rate. But, according to some tax-law experts, real estate investors will realize some of the biggest benefits of the changes.

During a recent webinar hosted by the brokerage firm Marcus & Millichap,* panelists outlined some of the major ways the changes will benefit commercial real estate investors, including those with hotels.

More favorable depreciation options
One benefit for real estate owners is the expansion of when they can claim “bonus depreciation.” The change, which amounts to a significant deduction for investors, allows them to claim 100% of bonus depreciation on acquisitions of existing assets, while the previous rules limited it to just new-builds.

Dirk Wallace, partner with Novogradac & Company, said these new favorable rules are in place until the beginning of 2022, so investors should take advantage now.

Wallace also noted there are new options for how to claim depreciations or to prioritize an interest limitation, and investors should look closely at which is more favorable for them.

“A lot of thought and analysis should go into this determination,” he said.

Wallace said there are some exceptions to who can claim the pass-through deductions. These exceptions include professional services firms but do not apply to real estate.

In order to qualify, the income can’t go directly to an individual but must go to a partnership like a limited liability corporation or real estate investment trust.

Wallace described the deduction as having “a lot of nuances.”

1031 changes make real estate more attractive
1031 exchanges have long been used by real estate investors to move money tax-free from one real estate asset to another. But a change in the rules governing them means they can now be used to defer taxes on gains earned in investments in other forms of real estate via geographically specific vehicles called “opportunity zones.”

Wallace said an investor who has made a health profit on the stock market could now “take that gain and put it in an opportunity (to defer paying taxes on it) until 2026.” Not only do they get to defer the taxes paid, but the amount of taxes they ultimately will have to pay could be reduced depending on how long they hold the real estate asset, he noted.

John Chang, first VP of research services for Marcus & Millichap, said he expects this to drive up investor interest in the real estate space.

“This is something where an investor who was in the stock market and had a great run-up can—with things getting a little frothy or volatile—now say it’s time to take their chips off the table,” he said. “This gives them a way to defer those taxes and put it into real estate, which means it’s another channel for a lot more money to come into the real estate sector.”

“With the expanded definition, if you’re buying a property and doing improvements, it’s great,” he said. “It’s up to a $1-million write-off right away. And that’s different than the bonus depreciation. You can work them together.”

He noted that “CPAS need to look at section 179 to maximize that for improvements or equipment that qualifies.”

D’Onofrio strongly urged investors to do cost segregation studies to maximize their savings under the new tax rules.

Added incentive to buy and sell
Chang noted that the changes in tax policy are likely to push some long-term holders to make transactions.