Hotels: Quite Different from their Peers

What Happens When Things Go Wrong with Your Investment?

By Tim L. Edgar Founder & President of Hotel Innvestor For an Accredited Investor, there are many options available... More.

Crowdfunding carves out legitimate niche REPORT FROM THE U.S.—Changes in regulations by the United States Securities and Exchange Commission... More.

0 likes Read more
New Reg A+ Historic day for start ups and equity crowdfunding. In a stunning development earlier today, the SEC released final Regulation A+ rules under Title IV of the JOBS Act that pre-empts state law for larger Regulation A offerings up to $50M and provides for state coordinated review for offerings up to $20M.  Growth companies will now soon be able to raise up to $50 million from unaccredited investors in a mini-IPO style offering serving as a potential alternative to venture capital or other institutional capital.   Imagine Uber or AirBnb, instead of going to big institutions for capital, now offering their stock directly to their drivers, riders, renters and tenants as well as the general public. 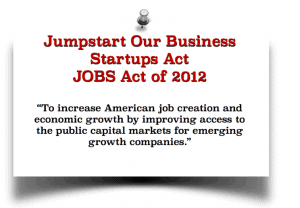